Only The Lonely - Amanda M. Lee 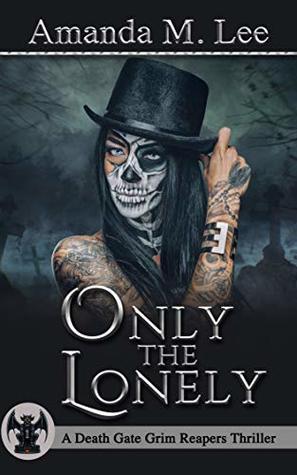 Book: Only The Lonely
Author: Amanda M. Lee
Series: Death Gate Grim Reapers, #1
Genres: Urban Fantasy, Paranormal
Format: Kindle e-Book
Publication Date: 16th October 2018
My Rating: 🌕🌕
Date Finished: 3rd August 2022
Description:
Isabella “Izzy” Sage spent her formative years on Belle Isle in Detroit, playing next to the gate that separates the living from the dead as her parents drew a paycheck from the grim reaper council.
Then the impossible happened, tragedy struck, and Izzy found herself an orphan. Her grandfather took her away and raised her among the Bruja in New Orleans, although her heart always longed to return to the gate … which felt so much like a part of her.
Now, as an adult, Izzy has worked her way up to gatekeeper status and she’s back in the place her childhood ended. She’s the one in charge now … although things don’t go how she hoped. On her very first day, the gate is breached, and the wraith that crosses over is not only murderous but enhanced.
Izzy wants to be in charge, but the local reaper council needs help so they send back-up in the form of a magical reaping family.
The Grimlocks are loud, boisterous and used to a good fight. The men are also handsome, something Izzy doesn’t want to acknowledge, even when the flirting gets out of control. In addition to all that, they’re also protective, and whether Izzy wants it or not, they’re going to infringe on her territory if they think they can keep her safe.
The past might be haunting Izzy, but she can’t look forward to the future until the danger is behind her. Those around her know more than they’re letting on, and the magic she’s been trying to hide is about to take over.
The fight is on … and Izzy is loaded for bear.
Review:
I picked this up around Christmas when it was on offer and the cover really intrigued me.
It starts with a prologue from many years ago when our main character - Izzy - was only a child and the gate that her parents were guarding malfunctioned and they ended up dead. Fast forward to now and she's back to guard the gate herself but on her first day a wraith enters the portal, something no one has ever known to happen before. When it later comes back out but more powerful Izzy must seek help from the reaper family on the island, The Grimlocks, to try and figure out what is happening.
I struggled to get into this. It was a slow start and I wasn't keen on Izzy's behaviour. She did slowly grow on me the more we got to know her but I do think it had already dampened my enjoyment. I wasn't sure what to make of the Grimlocks, either. They were a bit standoffish to start with but they also grew on me, actually more than Izzy did. It was the family dynamic; the teasing, the affection, that made me like them so much.
As for the storyline... I was bored quite often. It was rather slow moving and didn't have the "thriller" vibe I was hoping for. I usually love an urban fantasy but this seemed to lack a lot of the action and drama that I've come to expect from the genre. The ending wasn't even much of a surprise either.
I just feel a little disappointed by this one.
at Wednesday, August 03, 2022