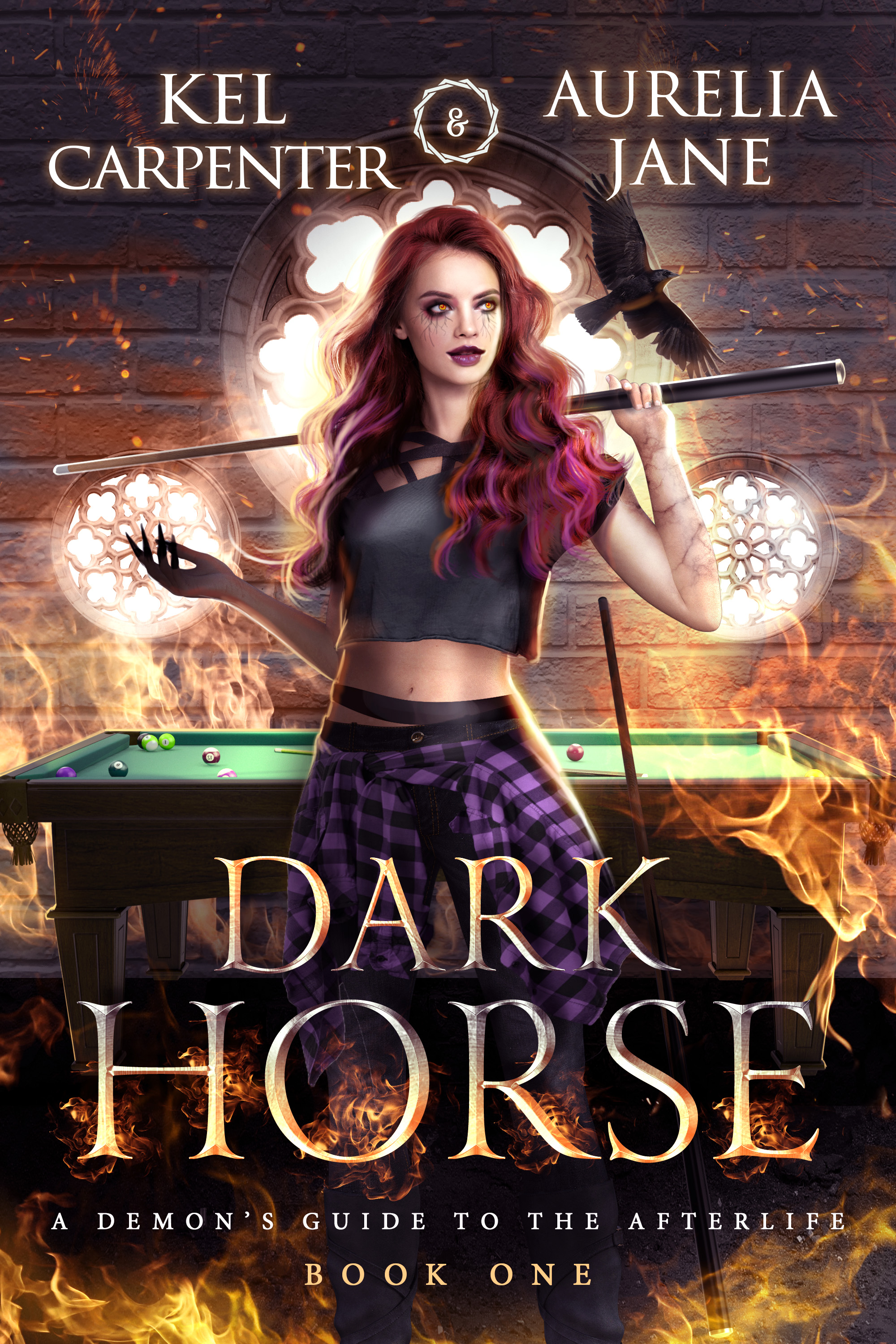 Book: Dark Horse
Author: Kel Carpenter & Aurelia Jane
Series: A Demon's Guide to the Afterlife, #1
Genres: Reverse Harem, Vampires, Shapeshifters, Fae, Demons
Format: Kindle Unlimited
Publication Date: 4th February 2021
My Rating: 🌕🌕🌕
Date Finished: 23rd February 2022
Description:
My husband killed me.Instead of spending my immortal Afterlife pissed off and angry, I moved on. I became someone.Sure, that someone was a demon with the highest track record of reform, AKA punishment, in Hell. But who’s bragging?I’m right on my way to retirement behind the pearly gates. Everything was going fine . . . until the Risk Witches saw a terrible vision.Three men. Each scarred in their own way, born with powers that haven’t been seen in eons.Upper Management sent the best to correct their path. Angels. Poltergeists. Nothing worked.These men were too stubborn. Too bad. Too untamed...So they sent me.Roman. Ezra. Dorian.Combined, they have enough power to end the world—and they will.Unless I find a way to stop them first.Breaking people is my job. But this time...my job might break me.
Review:
I've read Kel Carpenter books before and enjoyed them and I also occasionally like a Reverse Harem so I decided to try this.
It starts with Fury trying to rehabilitate the evil spirit of a man - something she is brilliant at! - before she is summoned to the office of her superior and given a new job. She must prevent the end of the world by sorting out three men - all supernaturals - who, for one reason or another, are going to bring about the apocalypse. Only when she meets them it turns out she's their mate, and Fury has no idea what to do with that information.
I did like the start of this. How Fury was a master at rehabilitating the souls she was given so that they could be recycled and go back to Earth to live fulfilling lives. I loved how she kicked those cocky shifters butts in the supe bar. And then it got a little complicated when it turned out she was the mate to all three men she'd been sent to Earth to stop.
I guess I expected more in the way of romance with this being a reverse harem but there wasn't much going on. All the guys wanted to protect her considering she is their second mate in their lifetime but apart from a little action with Ezra, we didn't see anything. I guess with this being a trilogy that the authors have left it open for more exploration of their relationships in the later releases.
I'm intrigued by the ending of this but I'm not in a hurry to continue it right now.
at Wednesday, February 23, 2022