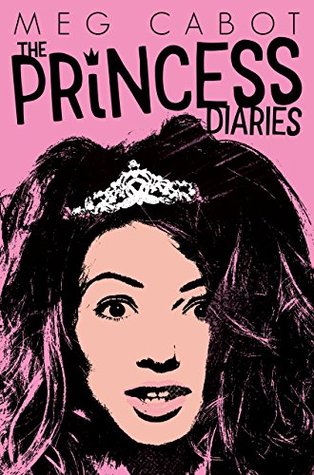 Book: The Princess Diaries
Author: Meg Cabot
Series: The Princess Diaries, #1
Genres: Young Adult
Format: Paperback
Publication Date: 19th September 2000
My Rating: 🌕🌕🌕🌜
Date Finished: 21st December 2021
Description:
Mia Thermopolis is pretty sure there's nothing worse than being a five-foor-nine, flat-chested freshman, who also happens to be flunking Algebra.Is she ever in for a surprise.First Mom announces that she's dating Mia's Algebra teacher. Then Dad has to go and reveal that he is the crown prince of Genovia. And guess who still doesn't have a date for the Cultural Diversity Dance?
Review:
I enjoyed watching the film versions of this series so I'm hoping I like reading the books as much.
This starts with Mia writing down her feelings in a diary after finding out her mum is dating her algebra teacher. We see her life at school and then we meet her dad who has recently found out he can't have any more children - meaning he has to tell her the truth. She's a Princess of a small European country and she has to take over the throne at some point in the future! Mia doesn't want to be a Princess, she wants to be Mia Thermopolis of New York City but unfortunately she has very little choice in the matter, especially when her Grandmére turns up.
Weirdly I never realised that it was going to be written in diary form. Duh! I also didn't realise Mia was only 14. That assumption is based on the films, obviously, since Anne Hathaway never looked that young, so I assumed she was supposed to be about 16. There's also the fact that reading this 20 years after its initial release - when the internet was only a dial-up connection is strangely nostalgic. I was only young myself then but I remember.
Yeah, I did enjoy this. More than I expected, really. Mia's outlook on life is quite goofy at times and I had to snort/laugh at her thoughts. With it being in diary form it was actually a quick read once I settled down with it. Not a lot happens in this one really, just Mia learning to be a Princess and having the world figure out that she's royalty and following her everywhere. We got to know her pretty well, though, and I'm intrigued by the possibility of something happening with her friend Lilly's brother, Michael.
I did enjoy it enough to continue reading and see what else ends up happening in her life.
at Tuesday, December 21, 2021