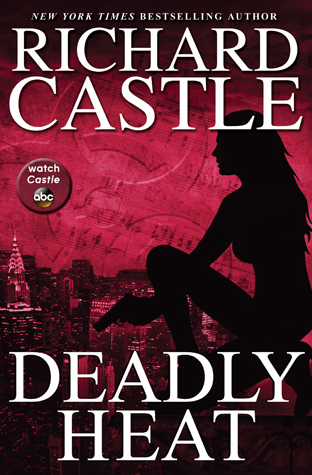 Book: Deadly Heat
Author: Richard Castle
Series: Nikki Heat, #1
Genres: Mystery, Intrigue, Romance
Format: Kindle e-Book
Publication Date: 17th September 2013
My Rating: 🌕🌕🌕
Date Finished: 14th October 2021
Description:
Picking up where Frozen Heat left off, top NYPD Homicide Detective Nikki Heat pursues the elusive former CIA station chief who ordered the execution of her mother over a decade ago. For the hunt, Nikki teams once again with her romantic partner, Pulitzer Prize-winning investigative journalist Jameson Rook, and their quest for the old spy and the motive behind the past murder unearths an alarming terror plot-which is anything but ancient history. It is lethal. It is now. And it has already entered its countdown phase.Complicating Heat's mission to bring the rogue spy to justice and thwart the looming terror event, a serial killer begins menacing the Twentieth Precinct and her homicide squad is under pressure to stop him, and soon. The frightening murderer, known for his chilling stealth, not only has singled out Nikki as the exclusive recipient of his taunting messages, he then boldly names his next victim: Detective Heat.
Review:
It's been a very long time since I read the previous four books in this series and I also have book 6 to read so here goes.
This starts with Nikki going to a crime scene where a health inspector type guy has been killed and placed in the pizza oven. He's found with a bit of colourful string that is then found at several other murders and before long, Nikki realises that there is a serial killer on the loose. Add in the mystery from her past involving her mothers murder and she hardly has time to sleep.
This book has been sitting on my Kindle for six years so my tasted have changed quite a bit in that time. I did like this, mainly reading so I could find out who killed all those people but it felt so loooooong. And complicated at times. I couldn't entirely keep up.
I'm not sure if I'll be continuing the series.
at Thursday, October 14, 2021