Just The Way I Am - Jo Watson (Netgalley) 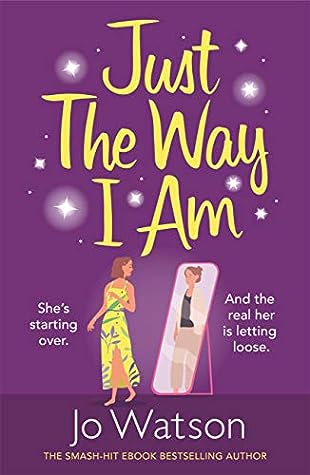 Book: Just The Way I Am
Author: Jo Watson
Genres: Chick Lit, Romance
Format: e-Book from Netgalley
Publication Date: 16th March 2021
My Rating: 🌕🌕🌕
Date Finished: 21st March 2021
Description:
Has Fate given her a second chance?'Zoe' is having a very bad day. As if getting trapped in a faulty elevator wasn't bad enough, losing her memory has made it much worse. If there's one piece of luck, it's that the paramedic on the scene, Noah, is both kind and a handsome distraction...Now a completely blank canvas, with the help of Noah, 'Zoe' is excited to fill her world with colour, creativity and sweet and spicy food. She just knows from the tips of her toes, right to her fleek brows, that these things were all part of her make-up.But when her identity is traced, the life 'Zoe' was living before the accident bears no resemblance to that of the person she's convinced she is. What happened to make her world so narrow and colourless?And now she has the chance to start over, is it time to let the real Zoe out?
Review:
I got this from Netgalley and Headline Eternal books in exchange for an honest review.
This starts with a woman in a lift accident being rescued by the emergency services, only the woman has no recollection of her name or a lot of things about herself due to a bump on the head. She's diagnosed with amnesia and the police take her fingerprints and photo in the hopes it will match a missing persons report or come up on the South African drivers database. The woman decides her name is "Zoe" until her memories come back and decided to try and find things out about herself with the help of Noah, the paramedic who kept her calm and safe as she was rescued.
I don't know about this one.
I struggled a little to get through the first 60% or so with Zoe trying to relearn things about herself and then finding out who she really was before the accident. I did feel rather bad for Zoe for a while as she rediscovered what her life had been like for the past seven years at her job and just her life in general.
I'm a romance reader and that bit of this story was slowly being nurtured in the background but it only really started to kick in around the half way mark when Noah came back into the equation again. There were some fun scenes between those two in that second half including a water park and a screamo/death metal rave-slash-gig.
There was the author's usual quirky comedy scenes included too, one of which involved suspected serial killers luring Zoe and Noah to their home during a storm. It was crazy but funny at the same time.
That end bit with the scene from the past was really cute and just sort of wrapped it up nicely.
I did enjoy this but the romance just took too long to start for me, unfortunately.
at Monday, March 22, 2021