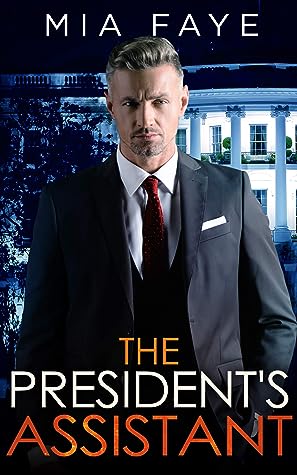 Book: The President's Assistant
Author: Mia Faye
Genres: Contemporary, Erotica
Format: Kindle e-Book - Kindle Unlimited
Publication Date: 13th November 2020
My Rating: DNF @ 15%
Date Finished: 22nd February 2021
Description:
Pregnant by the potential next POTUS? Washington, we have a problem here.It is called Reid Prentice.The irresistibly handsome last-minute candidate who runs for presidency.He’s looking for a new assistant to support his campaign.I’m ready to notch up my political career.Sounds like a win-win situation, right?Yet Reid isn’t your ordinary prince from a fairytale.His arrogance is off the charts and he can be cold and demanding.At the same time, I’ve never felt more alive and excited to be around a man.Soon enough, he asks me to stay in his office.Seems like he wants to mentor me not only in politics, but also biology.A few weeks later, the two lines on my pregnancy test make my world turn upside down.Is now a good time to let the potential future leader of our country know that I’m carrying his unexpected surprise?
Review:
I got this from KU LIbrary.
DNF @ 15%
It starts with Harper finding her on/off lover having sex with someone else and then finding out that she's being let go from her political aide position. She decides to head out to her friends club for its opening night and is introduced to a presidential candidate, Reid Prentice.
I struggled with this from the start. The style wasn't as smooth as I'd have liked or I'm used to.
I'll be honest, I didn't get far into this before I put it back down. I picked it back up because I'd just started it, it might just be an dodgy start, right? I actually don't think it was. It wasn't working for me at all, hence my DNF'ing it.
Reid was definitely not likeable at all. He treats Harper like an attractive barbie doll/sex doll in that first sex scene. I have nothing against enemies to lovers/hate sex but I have to feel something for the characters first and I actually really disliked both of them in that first 15% that I read.
And speaking of sex scenes... I did not find the ones in this book anywhere near sexy. I actually just skimmed them because they were not doing anything for me at all. There wasn't much interaction between them, none of the usual lovely description I expect. It felt very clinical and wrong. It felt more of an erotica than a romance and I'm not a fan of those.
This was not my thing at all.
at Monday, February 22, 2021