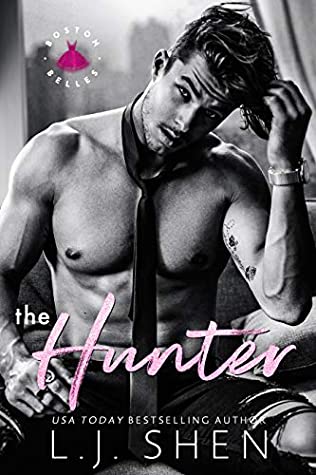 I didn’t mean to star in a sex tape, okay?
It was just one of those unexplainable things. Like Stonehenge, Police Academy 2, and morning glory clouds.
It just happened.
Now my ball-busting father is sentencing me to six months of celibacy, sobriety, and morbid boredom under the roof of Boston’s nerdiest girl alive, Sailor Brennan.
The virginal archer is supposed to babysit my ass while I learn to take my place in Royal Pipelines, my family’s oil company.
Little does she know, that’s not the only pipe I’ll be laying…

Sailor
I didn’t want this gig, okay?
But the deal was too sweet to walk away from.
I needed the public endorsement; Hunter needed a nanny.
Besides, what’s six months in the grand scheme of things?
It’s not like I’m in danger of falling in love with the appallingly gorgeous, charismatic gazillionaire who happens to be one of Boston’s most eligible bachelors.
No. I will remain immune to Hunter Fitzpatrick’s charm.
Even at the cost of losing everything I have.
Even at the cost of burning down his kingdom.
Review:
I picked this up for 99p back in July since I do enjoy me an L.J. Shen book now and then.
This starts with Hunter waking up to find he's starred in his own porn film after having an orgy with some girls and a random guy ended up filming it when he joined in. Hunter is now in deep sh*t with his family after a scandal too many and he is forced to move in with a room mate of his dad's choosing - Sailor Brennan. Sailor is an Olympic archery hopeful who has done nothing but train to make the team for years up to the point of neglecting everything else. Tasked with setting Hunter on the straight and narrow they lock horns for a long time before one night changes everything between them.
I don't know with this one. I liked a lot about it - the romance and how it blossomed from something a little unwanted (but super hot) to all hearts and flowers and public declarations.  Hunter's progression from manwhore extraordinaire to a one woman man was cute reading. It was the other half of it, Hunter's family and all that drama, that just seemed unnecessary and way OTT. I do - in a way -understand why they did what they did but it was odd to say the least. They are a strange family apart from Hunter and Aisling.
I feel I have to mention Cillian. He is an enigma. One minute he's being a complete d*ck, the next he's being a rather decent guy. I'm intrigued to see inside his head and I'm assuming his romance with a certain Boston Belle - Emmabelle - may be the next book in the series since he couldn't seem to stop staring at her/talking crap about her.
at Wednesday, November 11, 2020