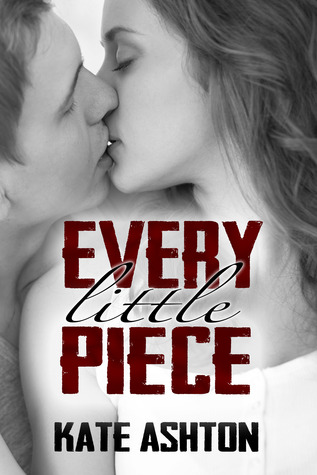 I wanted to spend the night before graduation making out with Seth, but one of my best friends had the whole night planned. Lucky for me, we ran into him and his friends playing pool where we made some silly bet over a game, and the losers had to run through town in nothing but their underwear. A year later, I wish more than ever we’d just made out at Raker’s Bluff instead, because maybe the night would’ve turned out differently. Now Seth’s back, the guy who broke my heart, the guy I’m still in love with…I just hope he doesn’t break me all over again.

No one wants to fess up to having a screwed-up family. When my parents dropped the big divorce bomb on me, I decided to keep it a secret. Just the thought of the pity-stares and pats-on-the-back made me feel sick. I’d tell Haley and my friends another time. Except, I never got the chance. Stuff happened. Stuff that totally sucked and changed our lives forever. Instead of telling my truth, I took the coward’s way out, and I’ve regretted it ever since. But I’m back, determined to tell Haley everything, down to the last gritty detail, if she’ll give me the chance…even if it means losing her forever.
Review:
This is one of the oldest books still on my Kindle - from 2017 - so it's about time I read it.
It starts with Haley and her friends meeting up to decide what to do the day before graduation. They play pool and meet up with her boyfriend, Seth, and his friends for a few games before heading home to get ready for the big party that's happening. Things don't go well at the party, though, and when Seth disappears Haley and her friends search for him only to end up in a car accident. Fast forward a year and both Haley and Seth find themselves in the same place at the same time and Seth decides to try and make amends for what happened.
I'll admit I wasn't entirely into this. The characters were rather immature at times and how they acted really began to put me off the story. I didn't really gel with the romance or the storyline but I was intrigued about who was behind the accident so I continued to read.
This is a story of love, friendship, forgiveness and second chances. It just didn't work for me.
at Sunday, November 08, 2020