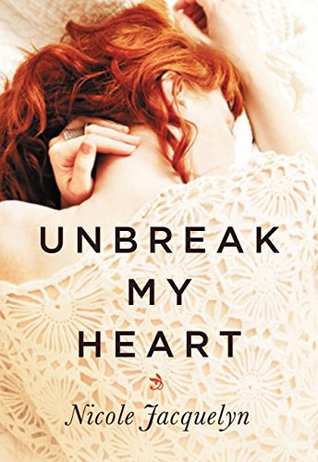 If you're Kate Evans, you keep your friend Rachel, bond with her kids, and bury your feelings for her husband. The fact that Shane's in the military and away for long periods helps—but when tragedy strikes, everything changes.

After Rachel, pregnant with her fourth child, dies in a car accident and the baby miraculously survives, Kate upends her entire life to share parenting duties. Then on the first anniversary of Rachel's death, Kate and Shane take comfort in each other in a night that they both soon regret.

Shane's been angry for a year, and now he feels guilty too—for sleeping with his wife's best friend and liking it... liking her. Kate's ability to read him like a book may have once sent Shane running, but their lives are forever entwined and they are growing closer.

Now with Shane deployed for seven months, Kate is on her own and struggling with being a single parent. Shane is loving and supportive from thousands of miles away, but his homecoming brings a betrayal Kate never saw coming. So Kate's only choice is to fight for the future she deserves—with or without Shane...
Review:
I don't normally read reviews by others for books I'm about to start but I did with this one.  A lot of the reviews were moaning about Shane and they stuck with me, so I'll admit I was a bit biased. Before that little rant starts, though...
This starts with Shane and his wife Rachel heading to see Kate sing and play her guitar in front of a small audience. Kate is Rachel's best friend and helps her look after her three children while Shane is overseas with the military. Tragedy strikes and Rachel dies a few weeks later, though the baby she was pregnant with at the time survives. One year later and it's the anniversary of her death and in a drunken mistake they sleep together. What follows is an emotional rollercoaster.
Now for a bit of a rant. Shane was very hard to like for the first 50% of the book. He was cruel and mean to Kate and I was ready to knee him in the balls. He wanted everything a certain way and if and when that didn't work he got angry and said mean things. Fair enough he regretted them later but just...no! I used about 6 tissues at one point around the 55% mark because it was just so unfair and I was a snotty red eyed mess so I put it down and went to bed. I'd become invested in them as a couple and he was making it very hard for it to happen. I do believe he redeemed himself enough by the end, though. He eventually realised how hurtful he'd been for years! and did everything he could to make it right. He explained himself more and did stuff to help her in ways that really mattered. He still effed up occasionally but they learned to talk to each other. It was really nice to read their relationship in the end.
I could probably have read it all in one sitting if I'd started it earlier in the day. It definitely dragged me in from the start - wondering how this rather mean main character was going to win over the girl he'd ignored for years.
I think it was really well written. We had all different aspects of their relationship from babysitter to lovers to husband and wife with many difficult moments in between. The family interactions were quite cute to watch. It certainly hit me in the feels and in my opinion; a book that makes me cry is a great book.
at Wednesday, October 14, 2020