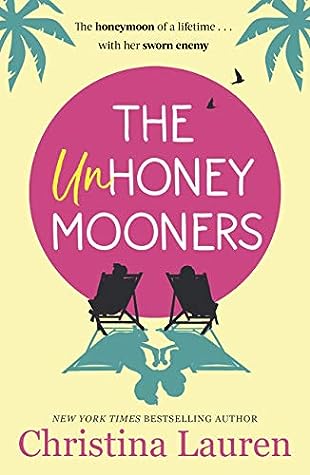 Olive is always unlucky; her identical twin sister Amy, on the other hand, is probably the luckiest person in the world. About to marry her dream man, her entire wedding has been fully paid for by winning a series of competitions. Meanwhile, Olive is forced to play nice with her sworn enemy: the best man, Ethan.

But Olive's luck may be on the turn . . . When the entire wedding party - except for Olive and Ethan - gets food poisoning, there's an all-expenses-paid honeymoon in Hawaii up for grabs. Putting their mutual hatred aside for the sake of a free holiday, Olive and Ethan head for paradise, determined to avoid each other at all costs. But when Olive runs into her future boss, the little white lie she tells him threatens to spiral out of control.

Forced to play loving newlyweds, she and Ethan find themselves in much closer proximity than they ever expected . . . The problem is that soon, Olive finds that maybe she doesn't mind pretending. In fact, she's beginning to feel kind of . . . lucky.

Review:
I picked this up a few months ago, not really knowing what it was about, but it was a steal at 99p and I've read books by this author before.
In this, Olive is chief bridesmaid at her sisters wedding. Ami has been a bit of a bridezilla but because of her love of competitions, everything has been free - more or less - at the wedding. Olive has been given a list of 50 things she has to check on the day of the wedding and one of them includes ordering a separate meal for herself (allergic to seafood) and the best man and her sworn enemy, Ethan, who has an aversion to buffet food. Turns out it's a good job she did as everyone falls ill after eating the seafood and she and Ethan end up going on the free honeymoon together. Once there, as they spend more time together, they realise that the other isn't as bad as they seem and they actually grow to like each other.
Hmm... I did like this but I wasn't fully into this. I didn't get butterflies reading of them falling in love. I wasn't sucked in to their love/hate relationship - it was a bit too tame for me in that regard. I think I snorted a handful of times at the things they said to each other or the situations they found themselves in while on the island of Maui but there's something I can't put my finger on. I was a little underwhelmed by the story.
One thing I was very gung ho about once the first little fibres started unravelling: Dane. There was just something about him. I'll let you figure out what when you read this.
at Saturday, October 24, 2020