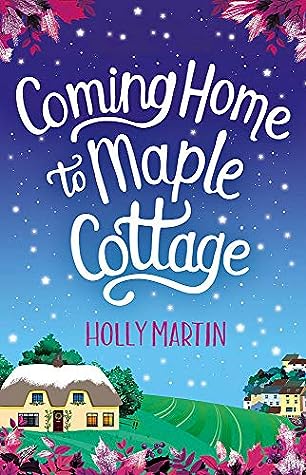 Leo Jackson was always known as Matthew’s fun-loving and wild best friend. But now Matthew is gone, it’s time to put his colourful past behind him. His role as Elliot’s godfather is the most important thing to him. And even though Leo and Isla are two very different people, they both want to give Elliot the childhood he deserves.

As the three of them enjoy time together watching fireworks, baking cakes and collecting conkers, Isla begins to see a softer side to charming Leo, with his twinkling eyes and mischievous sense of humour. And, despite herself, she begins to fall for him.

But does Leo feel the same way? Isla knows their situation is complicated but is it too complicated for true love… or will the year end with a happy new beginning for them all?
Review:
This is my first book by the author though I did download a sample from Play Books of another book of hers and enjoyed it. I also read somewhere that this author is great for fans of Paige Toon and Jo Watson - who I really like - so I picked this up (at The Works (3 for £5)).
This starts with a prologue, showing Leo and Isla in bed together before her nephew's christening where Leo will be a Godparent and so will she. Fast forward four years and after her brothers accident they are now bringing up little Elliot. They have been best friends for years and apart from that one night years ago, they've never pursued a romantic relationship though the tension between them is still high.
I actually fell straight into this, reading the first 100+ pages in one sitting. I was intrigued by Isla and Leo and their past, their present. How they would get together - because you could just tell that they were going to. It had its ups and downs but they were such a good twosome. Leo's insecurities about his past were a pain in the butt at times, though.
Elliot was hilarious at times. Little kids don't tend to have filters so he's very good at spilling what are supposed to be secrets or just between Leo and Isla. The condom thing had me laughing out loud at one bit. I do love a cute child in books and Elliot fit the bill.
at Friday, October 09, 2020