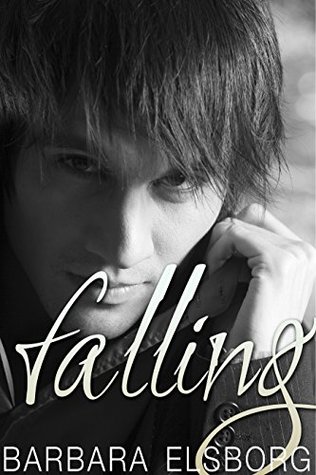 Harper is no longer behind bars, but it doesn’t feel like it. Ten years serving time for a crime he didn’t commit have left him shut down, numb, and a frozen wreck over the simplest of choices. He’s acutely aware of the dark-haired young man checking him out in the supermarket, but he’s too deep in panic mode to even meet the guy’s gaze. Afraid the slightest move will trigger a fall that will never stop.

Fresh off a long-term relationship with a controlling man, Malachi is stuck living with relatives who think he’s a waste of oxygen. The tall guy in the long, grey coat is the first bright spot he’s glimpsed in a long time...though the man’s unblinking stare at a bottle of shower gel is a touch alarming.

Hard experience tells both of them to turn away before lust turns to hopeless attraction, and inevitably to disaster. But once their sparks connect, the arc of electricity is too strong to deny. Even if the cost is too much to bear.

Warning: Contains an ex-con with disaster written all over him, a boy toy who’s trouble with a capital T, a damp old British house, compulsive meddling, and enough hot sex to cure the severe case of nervous babbling.
Review:
This had been on my Amazon wish-list for quite a while before I bought this and then even longer before I got around to reading it. (Another of those A-Z reading challenge reads.)
We start by learning about Malachi and how he's struggling to find a job and living with his sister and her rather mean husband who has a set of rules that Malachi must abide by if he wants to stay there. He does find Malachi a job and in the process Malachi meets the guy he's been obsessing over at the local shop. In rolls Harper, recently released from prison for a crime he didn't commit, he's renovating his old home with his dads money and Malachi ends up working on the house. They both have an attraction to the other but try to ignore it for their own reasons but it's impossible.
I don't know about this one. I can't say I ever really got into it. I carried on for a while longer but it never really...picked up for me. I didn't feel like I cared enough about the characters to carry on so I finally gave up.
The only thing I felt a little interested in was the fact that Harper had been put in prison for a crime he didn't commit and then spent ten years in prison, every appeal shot down in flames, because everyone thought he was guilty. I did feel like an injustice had been served and those two boys needed some sort of karma to come bite them in the arse for the lies they told.
And I liked that it was set in the UK. Most of the books I read are set in America so it's nice to read something set somewhere different.
at Tuesday, September 22, 2020