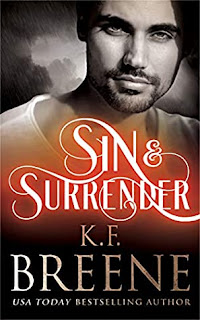 It's the moment Kieran and Lexi have been preparing for. The Magical Summit.

Ready or not, they will take their assembled team into the belly of the beast. The stakes couldn't be higher. If the powers that be don't approve of Kieran, he will not earn the official title of the Demigod of San Francisco.

The real danger concerns Lexi, however. With Kieran away in meetings, she must brave the treacherous halls of the Summit with just her crew and her wards, fighting for social placement and status, open to attack from all angles.

She could've never expected what comes at her. No one could've.

Prepare yourself for this epic conclusion to the Demigods of San Francisco series!

This is the last book in the series! How am I going to survive without more Kieran and Lexi and co?

Anyway, they are now at the Magical Summit. Kieran is hoping for his place as San Francisco's Demigod to be approved as well as his link to Alexis. In the meantime, every Demigod's minions are prowling the grounds of the ginormous estate looking for battles, including Lexi and co.

This was quite fun. It was clear to see that Lexi and the gang were some of the most skilled fighters in the place. We met some fun characters and some stuff comes out that I hadn't expected, which was great. And then that end bit with Jack. I really do love this group of people.

I don't have the words to express how much I enjoyed this. It's a great ending to a brilliant series.

And then that bit with the green eyed jinn and Daisy... I'm thinking she may get her own series where that bit will be explored.
at Wednesday, July 08, 2020