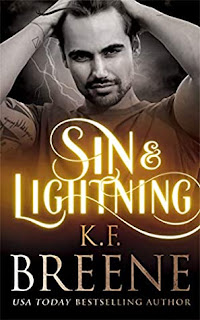 One thing has become incredibly clear to Alexis and Kieran, if they hope to last in the arena of Demigods, they'll need a more robust defense team.

They must take two incredibly dangerous journeys, seeking the prized talents other Demigods would kill for. Except, there is a reason other Demigods don't have these magical workers--they are as ruthless as they are dangerous, and the last thing they want is to be on a Demigod's team.

If that isn't enough, Alexis has received an invitation from Demigod Lydia, the only Hades Demigod who hasn't openly declared war. She's talking like they could be allies, but those of Hades cannot be trusted. A trap is just as likely as a handshake. Still, it's a chance they must take.

Any one of these trips could be their last, but to back down would be the most dangerous of all

This starts with Lexi and some of the crew heading up a mountain in the hopes of recruiting a strong rock/stone giant to their crew as they gear up to appear at the Magical Summit in a few months time where Kieran will hope to become the recognised Demigod of San Francisco. Kieran doesn't know where she's heading and they're all hoping to get the giant on side before he realises. Then a ghost who used to be a spirit walker gives Alexis details of someone else who'd be good for the team and they head out after him, too. There's also the issue of Lydia, a Demigod of Egypt, who has invited them to her territory after being caught sneaking around their property. Kieran is hoping for an alliance with her so they go.

I do still really love this group of people. They are one big extended family that look after each other and compliment each others abilities magically. The new additions are great characters and I quickly grew to like both of them. I loved watching them all kick arse in this at the end. I was willing them on and grinning like an idiot at times.

There was a little twist/surprise at the end revolving around Magnus, Lexi's dad, that has me intrigued to see what might go down in the last book at the magical summit, so I'm off to go borrow it from the KU Library.
at Sunday, July 05, 2020