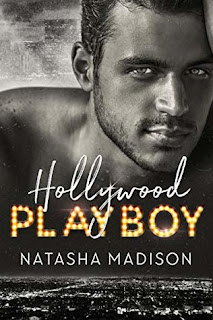 Behind the "lights, camera, action" of Hollywood lies a world of deception, love, and seduction.

Are you ready for Hollywood Royalty?

An entertainment journalist was the last thing I thought I would be doing.
I thought once I got my degree, I would be reporting on stories that made a difference, but now all I do is report on who broke up with who and who is dating who.
I was over it.
Then I got my next assignment.

He’s Hollywood’s bad boy.
He works hard, and he plays even harder.
He’s rude, he’s condescending, and he’s made it known he doesn’t want me on the tour.

With one month on the road with him, two things might happen
One, I may never work in this industry again.
Two, I may just be like everyone else and fall for Hollywood’s Playboy.

Jessica is an entertainment journalist and good at it but one celebrity in particular does not get on with her: Tyler Beckett. She's always ready with a scoop on him only for him to go public with it before she can. When Jessica is asked to be on the press junket for Tyler's latest film they clash a few times before getting into an argument that makes them both realise how wrong they've been about each other and they begin to grow closer. It's starts as a kind of friendship before becoming more.

I did enjoy this. Mainly for the relationship between Jessica and Tyler but it wasn't always smooth sailing for them. First they don't even like each other, then they come to a truce to try and get along and before long they actually become friends that want to be more. It was an emotional ride towards the end and I had a good old cry, I'll admit.

I don't think I'd like to be a celebrity, having no privacy and everything from your past being brought back to haunt you. Luckily Tyler has a fairly clean life, though people are always willing to sell false stories about him and others. Tyler is good at handling the press and treats the ones on the tour like friends, taking them out for meals at amazing but little known places, sending them for spa days, etc. With Jessica, Tyler just wants her to spend time with him and they have some really cute days out all over the tour cities.

Some of the secondary characters were cool like Kellie and Tyler's parents. One character I wanted to slap silly and Tyler and Jessica, I just wanted to hug.

I'm intrigued by Kellie's story and her romance with her bodyguard who she has a history with so I'll keep my eyes open for her book.
at Thursday, July 16, 2020