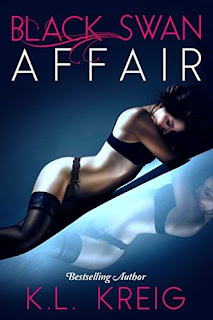 I’ve loved him as long as I can remember.

The gangly boy with big brown eyes and unruly hair who grew up into an intoxicating man. He wears scruff like he invented it and ambles with a swagger that makes panties drop.

He’d be back.
He was always meant to be mine.

He came back, all right. But instead of smelling of promises, he stunk of betrayal. And he destroyed me—us—the day he married my sister instead of me.

So I did the only thing a girl like me in my position could do.

I got my revenge.
I married his brother, Kael.
Now we’re one big happy f*cking family.

I've had this sitting on my Kindle for 3 years and I had forgotten what this one was all about.

This starts with Maverick getting ready to marry Kael. She's wondering whether she should go through with it when she's been in love with his brother, Killian, for years. Killian comes in, begging her not to do it but considering he's married to her older b*tch of a sister, she ignores him and marries Kael. Maverick struggles with her decision for months afterwards but grows to love her new husband but Killian isn't willing to let her get over him.

It really was a tug of war between the brothers for Maverick's attention and I felt her struggle. They both claimed to love her and want her to be happy but both wanted her with them.

Talk about a headache. One minute I was happily cheering on Killian, the next I wanted to hit him over the head with something heavy. I did not understand him AT ALL! Not until towards the end, anyway.

Kael was a great guy. The more we go through the book the more we learn about him and how long he's been in love with Maverick. It was a little hard to read the parts from years ago when he knew that Killian and Mav were together romantically and he'd been friend-zoned while loving her in secret.

There was a revelation around the 80% mark that had me continuing late into the night with this. I finally put it down around midnight and I just couldn't stop thinking about what was happening in it. What had happened all those years ago to cause such mayhem in these two families. It definitely took me by surprise as I wasn't expecting it.

I don't know if I agree with who she ended up with but both guys were great. I guess in hindsight it was pretty obvious which guy she was going to end up, really.

The only thing I wasn't a fan of was how much sex was going on. I just skipped over half of them because repetitive or what?
at Sunday, July 19, 2020