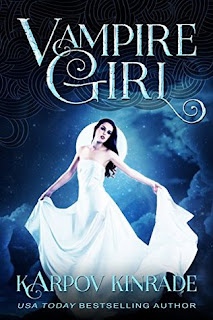 You think it's safe to walk alone at night. It's not.

You think the only threat is other humans. It's not.

And I'm about to become one of them.

My name is Arianna Spero. I was an ordinary girl, living an ordinary life, until my mother lapsed into a coma. Now, I am her only hope. She made a deal with the devil, and on my 18th birthday he came to collect. But there's a way to save her. There's something the princes of hell want more than my mother.

So I signed my soul away and promised to pick a prince to marry. I would take the blood oath, become one of them, and give them an heir. I would become a princess of hell, and my mother would live.

But the princes are keeping secrets from me.

Secrets that could shatter everything.

I gave up on finishing this at the 34% mark.

I struggled with this from the start. It didn't flow that easily and it seemed to take forever for something exciting to happen. It was about 28% before she even headed off to Hell or wherever it was Asher was taking her and I'd just kind of lost interest by then. I like something that's going to keep my attention and this didn't.

The interaction between the main character and her friends at the hospital after her mum had fallen into her coma just seemed rather awkward. And then the fact they let her "leave" so easily when they know how poorly her mum was...?

I liked the idea of her owing the Princes of Hell a favour and having to spend time with what were personifications of the 7 deadly sins to see who she would end up with but it just wasn't quite quick enough or written enough to my tastes for me to continue with it.
at Sunday, February 09, 2020