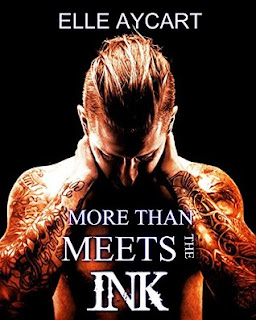 Wickedly sexy James Bowen is a bad boy of the highest order -- tattoos and attitude included -- which unfortunately ranks way up on Tate's not-a-chance-in-hell list, right there along with skydiving naked over Teheran and juggling Ebola vials just for kicks. But what the heck, she's on holiday, the guy is absolutely irresistible, and she needs to unplug from her life. With her dad and brother gone, Tate is left to deal with the family restaurant, which is fast going down the drain. Her employees are acting out, her boyfriend has bailed out, and her very own private stalker is emailing her to death with lovely threats of doom, fire, and dismemberment. So yeah, maybe a little holiday fling is in order. Strictly sex though, and no follow-up whatsoever.

She hadn't counted on her take-charge holiday fling having an opinion of his own and stubbornly sticking around, before and after the sex, making himself at home in her life. There is definitely more to James than meets her prejudiced eye, and even if she's not ready to look deeper, James isn't prepared to permit her not to.

This has been borrowed from the Kindle Unlimited library and has been on my "want-to-read-don't-own" shelf on Goodreads for quite a while.

This starts with Tate crawling across the garden with her mother as they try to spy on their neighbour, who Tate's mum believes has taken her cat, Amy. They are interrupted by tattooed pretty boy, James, who happens to be their neighbours son. Instant attraction leads to flirting. Flirting leads to lots of hot almost-sex, almost because they keep being interrupted by the residents of the older peoples housing facility where they're visiting their respective parents. They finally do the deed before they both have to head home, only they now know they live in the same city. And of course they end up meeting again.

Before I started this I thought it was more of a new adult type thing with it's older cover but the new one (above) has made it all a bit more mysterious. I wasn't sure what the story was going to be other than a romance so its detailed sex scenes threw me off a bit and after so many, I started skipping them entirely. The romance was already starting to bloom so I wasn't really missing anything.

There's also a secondary storyline involving Tate's family restaurant and someone trying to get her to close it with daily threatening emails and stuff going wrong in the restaurant. When James gets wind of what's been happening he insists on helping her deal with it.

I have to admit that I liked James, quite a lot to be honest. He was a little take-charge and bull headed at times but you could tell he did it because he cared. Tate was far too judgmental at the start and it took me quite a while to warm up to her. She seemed really argumentative at times and somewhat whiny.

I'll admit that towards the end I started skipping bits, starting to lose interest in it. I was mainly waiting for the show down with the bad guy.