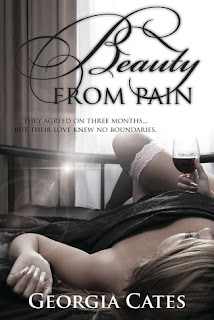 They agreed on three months...but their love knew no boundaries.

Jack McLachlan is a winemaking magnate and easily one of Australia’s most eligible bachelors. His success and wealth make him no stranger to the complications of romantic relationships and that’s why he goes to extreme measures to avoid the hassle. He prefers simplicity in the form of a beautiful female companion with no strings attached. He arranges relationships like business deals and they’re always the same. No long term relationships. No real names.

It’s his game and his rules. He’s content to play as usual, but when Laurelyn Prescott enters his life, his strategy must change because this player is like none he's ever encountered. His world is turned on its head after he begins a three month affair with the beautiful American musician. Nothing goes according to plan and as he breaks more and more of his own rules for her, she’s exceptionally close to becoming something he never thought possible. His ultimate game changer.

Work has still been kicking my reading time in the arse this week but I now have the weekend off so hopefully I can catch up on some reading.

Well this is a backburner book (#1 on my to-read on Goodreads), having been on my Kindle since some time in January 2014 when it was released. I think I've put off reading it simply because of the "erotica" label it had on Goodreads. It wasn't exactly erotica, though. Yeah, they had quite a lot of sex but there was a romance to it, too.

So this starts with Laurelyn arriving in Australia with her best friend to spend time with her best friends brother for three months as he studies wine making there. On the first night they head out to a bar and take part in an...open mic night? Laurelyn sings and plays the guitar (I think) and attracts the attention of Jack, a man looking for his next lover. Instead of the usual week/month, he plans to spend three months with his next bed fellow, giving her whatever she wishes for and making her feel special. Laurelyn catches his attention and he plans to seduce her into agreeing to his arrangement.

I guess if I was on the receiving end of an attractive rich guy wanting to spend three months with me, getting to know me and spending a lot of that time in bed, I'd enjoy it, too, but I have to admit I got a little bored with this. It was taking a little too long to get where it was going and I skipped entire sex scenes. The books 271 pages felt more like 500.

It had a rather promising start, apart from the slightly stalkerish behaviour of Jack as he tried to meet Laurelyn again, and I enjoyed the slow seduction and how he treated her. But then I didn't really see the relationship grow as such. It didn't work for me, personally.

By the end, I wasn't all that bothered about what was going to happen next with the characters so I won't be continuing the series.
at Saturday, October 12, 2019